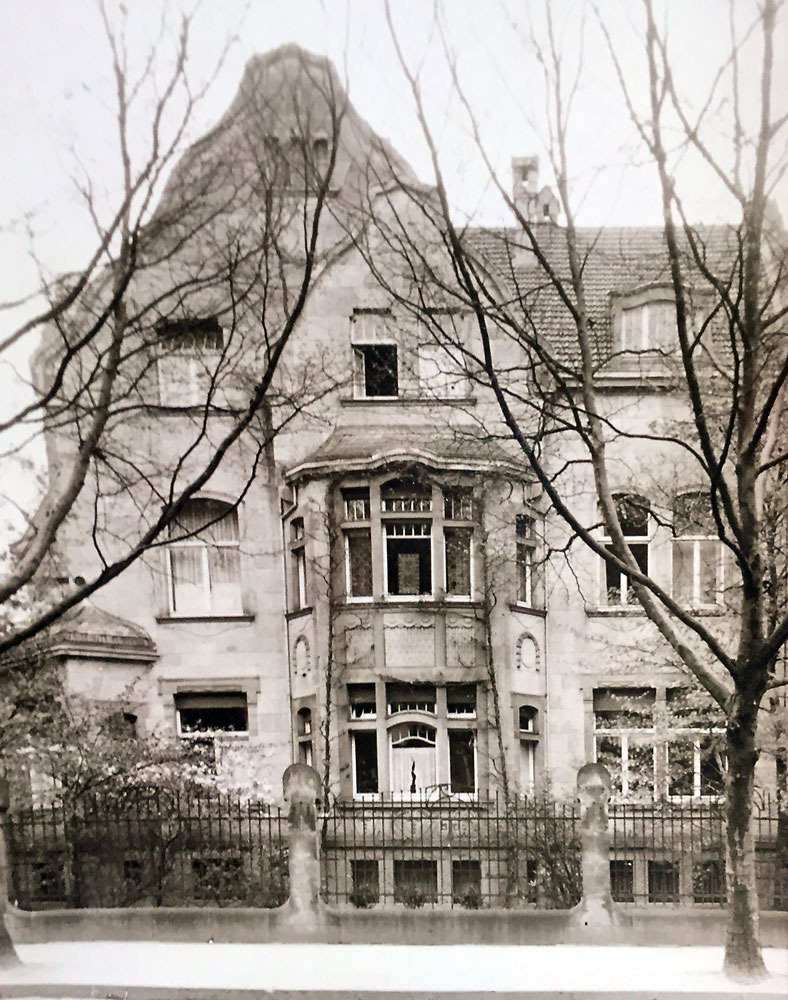 The villa was built in 1907 as a single-family house. Our hotel generally has Old English, Victorian-style furnishings, but each and every room is unique with regards to its size and design and thus no rooms are identical. Until the end of the Second World War, the villa was a private residence, but it was then converted into a hotel. From 2008, we began to restore everything and, by 2012, managed to complete the entire hotel. If you now step foot into Villa Achenbach, you will feel as if you are visiting the private residence of a good friend who has given you the key to his guest room – the furnishings, the ornaments and the works of art are part of a personal history.

The brothers Andreas Achenbach (1815 – 1910) and Oswald Achenbach (1827 – 1905) were very famous artists at the Düsseldorf School of Painting, which shaped the city’s art landscape throughout the 19th century. They were born and grew up here in Düsseldorf. Thanks to their fame, our road was named after the brothers – even though in Germany it is extremely rare for a road to be named after two people. It is a great honour for us to be able to use the Achenbach name as the name of our hotel.
Even though Andreas and Oswald were brothers and were both famous artists, they could not have been more different. Andreas Achenbach mainly focussed on maritime painting, whereas Oswald had a preference for Italian landscapes. They were referred to both as the “Alpha and Omega” of landscapes (the A standing for Andreas and the O for Oswald) and the “ingenious brothers”. 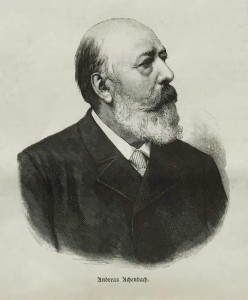 Born in 1815, Andreas Achenbach was a German Romantic landscape painter. Seascapes were his main preoccupation and he developed a particular preference for marine painting. He began painting at a very young age and, in the year 1827 (at 12 years of age), Andreas went to the Academy of Arts in Düsseldorf. He quickly proved himself to be highly-talented and, two years later, began earning money through his artwork. At 17 years of age, he began going on extended trips abroad. From this period onwards, seascapes in particular dominated his work. In the year 1835, the young talent became the founder of German Realism. His most important works came in the 1840s and depicted Swedish and Norwegian landscapes and seascapes. He was a member of numerous associations and founded the “Malkasten” – literally translated, paint box – Artists’ Association. Andreas Achenbach was one of the leading figures in the city’s political, economic and cultural spheres. He lived like an aristocrat and was treated as such. When he died in the year 1910, Düsseldorf was the scene of his funeral, which was conducted much like that of a Baroque prince. 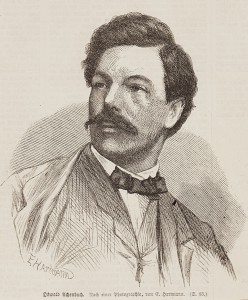 His younger brother Oswald Achenbach, who was born in 1827, was one of the most important landscape painters in Europe at that time. Unlike his brother, he was accepted by the Düsseldorf Academy of Arts at the age of just eight (1835). This was very uncommon at the time, as the Academy of Arts only took on pupils aged 12 and above. An exception was made for him because of his extraordinary talent. However, he left the Academy in 1841. It was rumoured that this was because of the rigorous academic teaching. Two years later, the sixteen-year-old Oswald went on his first big trip to Italy, amongst other places. From this period onwards, his works were mainly Italian landscape motifs. But he was less interested in the details, and more interested in the characteristic shapes and colours as well as light distribution and shadows. In the 19th century, the Academies of Art were formulaic and rigorous teaching establishments, which did not welcome new artistic directions with open arms. Many artists, much like Oswald Achenbach, were opposed to this narrow-mindedness. He thus became a member of several associations, including the “Malkasten” Artists’ Association. Oswald was an active member at events, directed several stage plays and even made the odd appearance in the plays himself. His works were exhibited in galleries outside of the Academy of Arts. By 1850, he was world-famous and received many awards. Amongst other things, he became an Honorary Member of the Academies of Art in Amsterdam and Rotterdam, he was named a Knight of the Legion of Honour by Napoleon III and his paintings were shown at the World Salon in Paris, where he received an award. The most honourable achievement in his life was the awarding of the Knight’s Cross, First Class. In the year 1859, the leading Director of the Düsseldorf Academy of Arts resigned from his post, which ensured that the conflicts between the Academy and independent artists grew significantly smaller. Four years later, Oswald Achenbach was appointed Professor for Landscape Painting at the Düsseldorf Academy of Arts – in complete contradiction to his previous opposition to the institution. By accepting this role, Achenbach’s social status was greatly improved. Much like his brother, he now operated in the uppermost echelons of society. As of 1866, he managed a master class from which many famous artists emerged. He often used the works of his brother Andreas or William Turner as models. In 1872, he resigned from his post as Professor. In 1897, he became an Honorary Citizen of the city of Düsseldorf. At the start of the 20th century, he was considered a representative of the Gründerzeit, the many years of rapid industrial expansion in Germany. Oswald Achenbach died in the year 1905 and was buried at the Nordfriedhof (Northern Cemetery) in Düsseldorf, where his gravestone can still be seen today.

Famous paintings by the artists

Andreas Achenbach:
„Departure of the Herring Fishermen in Scheveningen“
„Storm on the Sea“
„Stranded Steamer at the Norwegian Coast“
„Whitewater in a Norwegian Forest Landscape“ 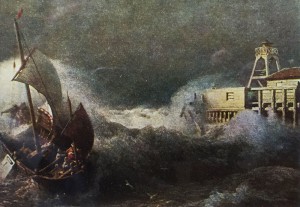 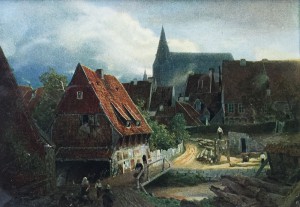 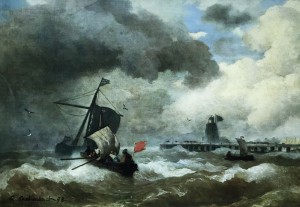 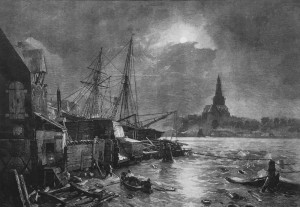 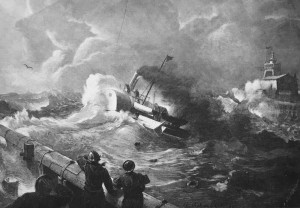 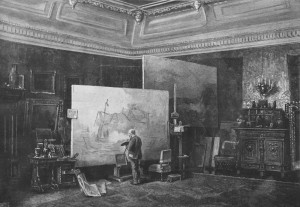 We use cookies on our website to give you the most relevant experience by remembering your preferences and repeat visits. By clicking “Accept”, you consent to the use of ALL the cookies.
Cookie settingsACCEPT
Manage consent

This website uses cookies to improve your experience while you navigate through the website. Out of these, the cookies that are categorized as necessary are stored on your browser as they are essential for the working of basic functionalities of the website. We also use third-party cookies that help us analyze and understand how you use this website. These cookies will be stored in your browser only with your consent. You also have the option to opt-out of these cookies. But opting out of some of these cookies may affect your browsing experience.
SAVE & ACCEPT
Powered by